A Van Dyke Beard and a Goatee are two prominent facial hair styles in recent years. They have a similar shape but different characteristics.

The Van Dyke Beard and Goatee have a lengthy history, with evidence of their popularity dating back to the Medieval Ages. Since then, both styles have gone in and out of favor, but have recently enjoyed a comeback in popularity.

In this blog post, we’ll look at the distinctions between the Van Dyke Beard and the Goatee, as well as the benefits and drawbacks of each style and how to groom them.

History of the Van Dyke Beard 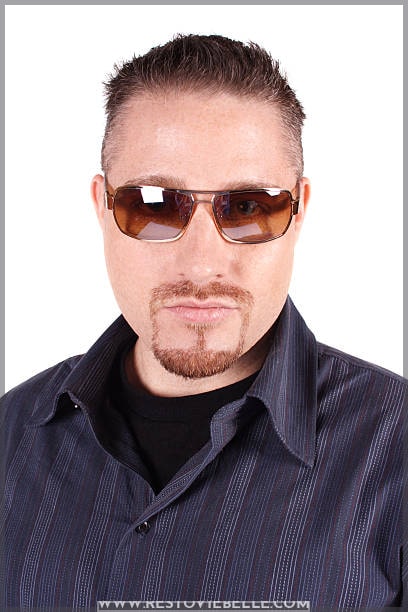 Since the 1600s, the Van Dyke beard has been a classic and timeless facial hairdo. The Van Dyke is a traditional style that has been adopted by many men throughout the years. It is named after the Flemish Baroque artist Anthony Van Dyck. Although the appearance has changed over time, the essential elements have not changed.

The history of the Van Dyke beard will be examined in this piece, from its etymology to King Charles I’s influence.

Anthony Van Dyck, the beard’s namesake, gave it its moniker. In the 1600s, Van Dyck, a Flemish Baroque artist, was active. He was well known for his self-portraits, which frequently showed him with long hair and a long, pointed beard. The style immediately gained popularity, and Van Dyke’s name became indeliblely linked to it.

The Van Dyke beard swiftly gained traction in England, where King Charles I even adopted it. The style was popular with King Charles, who frequently wore it in his self-portraits. The Van Dyke became even more well-liked as a result, and upper-class men soon adopted it as their go-to style.

Despite the fact that the fashion has changed over time, the Van Dyke beard is still widely used today. Yet, the essential elements of the design are still present, and it is still regarded as a timeless and classic aesthetic. The Van Dyke beard is a excellent choice if you’re seeking for a traditional appearance for a job interview or just want to highlight your facial characteristics.

History of the Goatee Beard 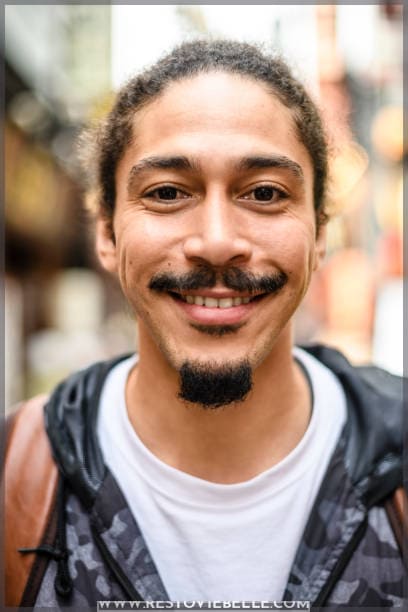 Men of all ages have sported goatee beards for decades, yet many are unaware of the name’s real etymology. It is thought that the goatee beard got its name from how it looked like goat fur. It seems sense that a beard resembling a goat, which was seen as a symbol of strength and virility in many ancient societies, would be regarded as a sign of authority.

Although the word “goatee” didn’t enter the English language until the 17th century, the facial hair type it represents is probably considerably older. Early in the 1600s, King Charles I of England popularized the goatee, which has since come to be recognized as a distinctive characteristic.

Throughout history, a large number of notable people have sported goatees. The French artist Pablo Picasso and American jazz musician Miles Davis are credited with popularizing it. Former US Presidents Ronald Reagan and Franklin Roosevelt both had faces with this look.

The goatee has gained popularity among men of all ages in modern society. The goatee has established itself as a standard in the world of facial hair styling, whether it is worn as a complete goatee, a Van Dyke, or simply a tuft of hair under the chin. It is likely that the fashion will continue to be in demand for many years to come as it develops.

In recent years, the goatee and the Van Dyke Beard have both gained popularity. Although they share a similar shape, they differ in a few key ways.

We’ll examine the distinctions between the Van Dyke Beard and Goatee.

Pros and Cons of Van Dyke Beard and Goatee 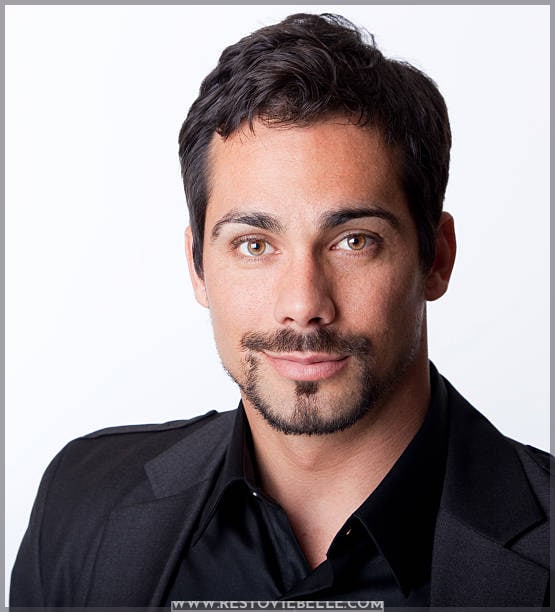 The Van Dyke Beard and the Goatee are two different types of facial hair that have gained popularity recently. Although they share a similar shape, they differ in a few key ways. We’ll look at both styles’ advantages and disadvantages as well as grooming tips.

A mustache attached to a patch of facial hair on the chin, as well as occasionally a soul patch, define the Van Dyke Beard style of facial hair. Each face type can wear it because it is a timeless style. It appeals to men of all ages because of its timeless quality. It can also be a fantastic technique to add some facial hair to a face that has been otherwise clean-shaven.

The Goatee is a type of facial hair where the chin is covered in a patch of hair, but there is no mustache or soul patch. Since that it can be adjusted to match any face shape, it is a fantastic solution for people who don’t have much facial hair. It is also a fantastic choice for people who wish to maintain a clean-shaven appearance for their facial hair.

A Van Dyke Beard’s main disadvantage is that it can be challenging to keep in shape. If not properly groomed, it can look untidy and needs regular trimming. Maintaining an even appearance for the soul patch and mustache might be challenging.

Cons of the Goatee

The goatee can be challenging to keep in good shape because it needs to be regularly trimmed. Also, it’s crucial to maintain straight goatee lines because an uneven goatee might ruin an outfit.

How to Achieve the Look for Each Style 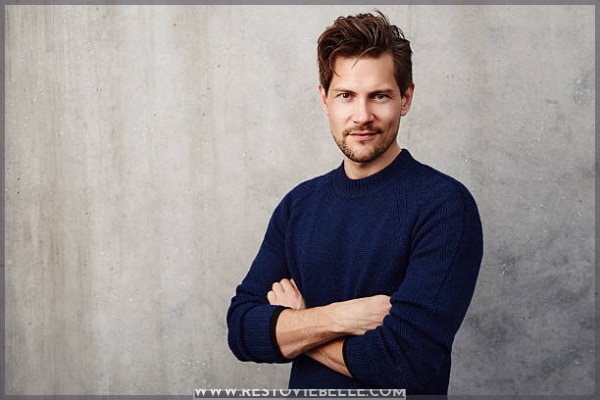 It can be difficult to find the ideal facial hair style, but with the appropriate information and comprehension of the various varieties of facial hair, you can attain the look you want. How to get the Van Dyke beard and the goatee looks will be covered in this post.

Tips for Caring for a Van Dyke Beard

A goatee, chin beard, and a little mustache define the traditional style known as the Van Dyke beard. Depending on how quickly your facial hair grows, you may need to let it grow out for many weeks or even months to get this look.

The mustache and chin beard can then be trimmed to the ideal length after reaching the desired length. Moreover, the goatee can be styled to the appropriate length and shape and coupled with the chin beard to form the traditional V-shape.

Tips for Caring for a Goatee

The goatee is a facial hairstyle distinguished by a chin beard and a little mustache. Depending on how quickly your facial hair grows, you may need to grow it out for many weeks or even months to attain this look.

The mustache and chin beard can then be trimmed to the ideal length after reaching the desired length. To achieve a fuller appearance, the goatee can be merged with the chin beard or trimmed to the appropriate length and shape.

In conclusion, folks wishing to vary up their facial hair style have wonderful options with the Van Dyke beard and the goatee. Whether you choose a traditional appearance or something a little more contemporary, each look is certain to draw attention.

The shape of the facial hair is the primary distinction between the two looks. The Van Dyke beard is distinguished by a clean-shaven chin, a mustache, and a pointed (or “V”-shaped”) goatee.

The goatee, on the other hand, is a full beard that grows on the upper lip and chin with a clean-shaven face. The Van Dyke beard is a timeless appearance, whereas the goatee is a more contemporary aesthetic that has developed over time.

The style you choose to wear will ultimately depend on your particular preferences and facial features. Whichever style you decide on, maintaining well-groomed and trimmed facial hair is essential to getting the ideal look. 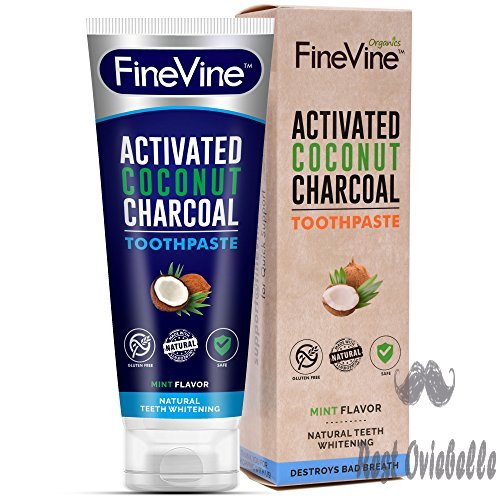