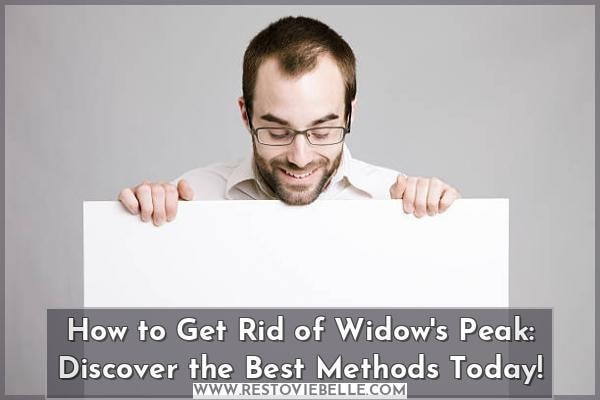 Are you self-conscious of your widow’s peak? A widow’s peak is an M-shaped or V-shaped point in the hairline in the center of the forehead. It is caused by the way individual hairs grow and can be seen in people with dark hair.

It used to be thought that widow’s peak was caused by early widowhood, but now it is known to be a genetic trait. While it is incredibly attractive to some people, such as Marilyn Monroe, Vanessa Williams, and many other celebrities, others may want to get rid of it. Fortunately, there are several ways to do so.

In this blog post, we’ll discuss the causes of widow’s peak and the treatments and prevention methods to get rid of it. We’ll also talk about additional tips and the best course of action for you.

What is Widow’s Peak?

In the middle of the forehead, directly above the eyes, there is a V-shaped point known as a widow’s peak. It is frequently accompanied by naturally curly hair, a receding hairline, or male pattern baldness and is brought on by a mix of several genes and a few genetic disorders.

The shape is thought to mimic the hoods worn by widows in the 1600s, which is why it is known as a widow’s peak. 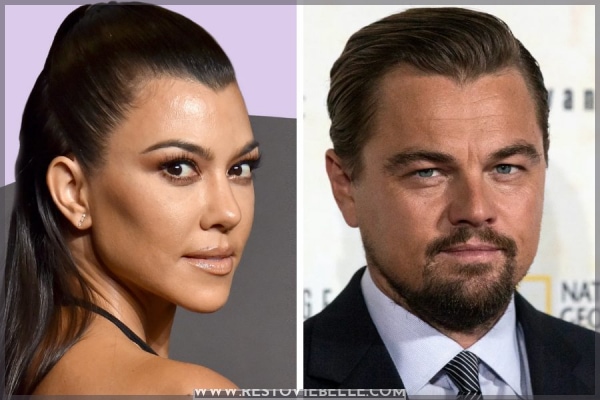 Widow’s peaks are brought on by a confluence of several genes and a few genetic disorders. While most people have this trait due to a single dominant gene, some people might also have it due to several separate genes or a genetic disorder. Rarely, hereditary conditions, including a cleft chin or small stature as well as improper pregnancy development, can also contribute to widow’s peaks.

The single dominant gene is the most frequent source of widow’s peaks. This gene creates a V-shaped concentration of hair growth in the middle of the forehead, giving rise to a widow’s peak. Although persons of European heritage tend to exhibit this trait more frequently, people from other ethnic backgrounds can also exhibit it.

In some situations, a few hereditary disorders can potentially contribute to widow’s peaks. One of these illnesses, known as Aarskog syndrome, affects the X chromosome and can cause both men and women to have noticeable widow’s peaks. Other uncommon diseases like Turner and Noonan Syndrome can also bring on a widow’s peak.

In conclusion, a few genetic disorders and the interaction of several genes result in widow’s peaks. Although people of European heritage exhibit the feature more frequently, individuals from different ethnic backgrounds might also exhibit it. A widow’s peak can also result from some extremely rare medical disorders and aberrant fetal development.

How to Get Rid of Widow’s Peak 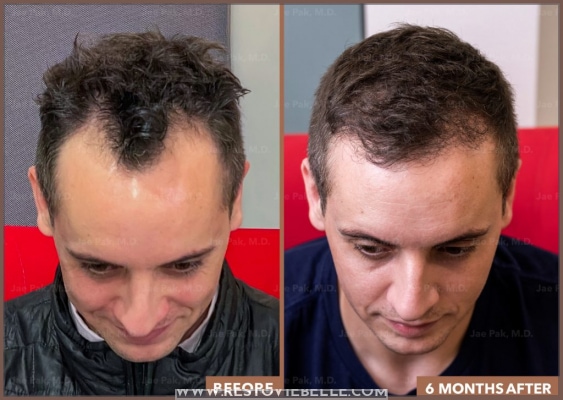 Laser hair removal is a common method for permanently eradicating a widow’s peak. Permanent hair loss is the effect of employing light energy to target and kill hair follicles.

It is crucial to remember that not everyone is a good candidate for laser hair removal, which trained professionals should only do.

What is Laser Hair Removal?

Laser hair removal is a process that targets and kills hair follicles with light radiation, causing permanent hair loss. Being quick and generally painless, it is a popular choice for those who want to remove a widow’s peak permanently.

How does it function?

A specialist will use a laser instrument to target and kill hair follicles during a laser hair removal treatment. The hair follicles are damaged as a result of the laser’s light energy being absorbed by them. In the treated area, this leads to irreversible hair loss.

The ability to employ laser hair removal to remove a widow’s peak permanently is its greatest advantage. Moreover, it can be completed swiftly and with little discomfort. It is crucial to remember that laser hair removal is inappropriate for everyone and carries some hazards. Burns, scars, and variations in skin pigmentation are some of these dangers.

Before getting laser hair removal, it’s crucial to consult with a trained specialist to be sure it’s the best option for you.

2. Kits for waxing at home

Another well-liked method for removing a widow’s peak is using at-home waxing kits. These kits include wax, applicators, and instructions, as well as everything you need to wax your own hair at home. Although at-home waxing isn’t for everyone, it can be a nice choice for individuals who want to attempt shaving their own hair.

What is a kit for at-home waxing?

A kit that includes everything you need to wax your own hair at home is known as an at-home waxing kit. Usually, these kits come with wax, applicators, and instructions. The majority of drugstores and beauty supply stores sell them.

Hard Wax: What is it?

A type of wax called hard wax is made especially for use on the face. It is frequently used for facial waxing, especially the elimination of a widow’s peak, and is intended to be mild on the skin. Hard wax is often applied with a spatula and is typically sold in strips.

For people who wish to try shaving their own hair, at-home waxing kits can be a wonderful choice. These can be completed quickly and are often less expensive than professional waxing. It is crucial to remember that at-home waxing has hazards and is not recommended for everyone. Burns, scars, and skin irritation are some of these dangers. While using an at-home waxing kit, it’s crucial to follow the instructions to get the best results carefully. 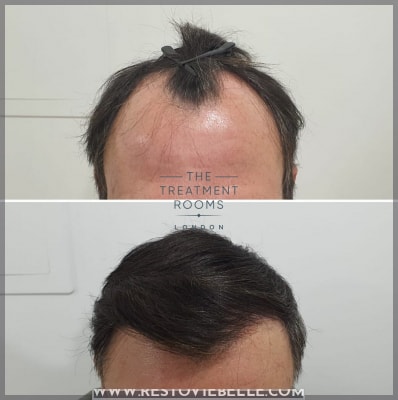 Another solution for getting rid of a widow’s peak is hair transplantation. A doctor will use a specialized tool during a hair transplant to transfer hair follicles from one scalp region to another. This method can contour the hairline and remove a widow’s peak, restoring hair to balding areas of the scalp.

A hair transplant is what?

During a hair transplant, a doctor moves healthy hair follicles from one part of the scalp to another using a specialized tool. This method can contour the hairline and remove a widow’s peak, restoring hair to balding areas of the scalp.

How does it function?

A doctor will use a specialized tool during a hair transplant to transfer hair follicles from one region of the scalp to another. This treatment is frequently performed on a single hair follicle at a time to achieve optimum outcomes. Within a few weeks of the transplant, the hair will begin to grow in its new spot, revealing the new hairline.

The ability to permanently eliminate a widow’s peak is the key advantage of a hair transplant. Moreover, it can be completed swiftly and with little discomfort. It is crucial to remember that hair transplants are inappropriate for everyone and have some hazards.

Infection, scarring, and variations in skin pigmentation are some of these dangers. Before having a hair transplant, it is crucial to consult a knowledgeable professional to ensure it is the best course of action for you.

Other Options for Removing a Widow’s Peak

In addition to laser hair removal, at-home waxing kits, and hair transplants, there are a few other options for removing a widow’s peak. These include shaving, hair removal creams, and visiting a hairstylist.

Shaving is a simple and inexpensive way to remove a widow’s peak. It can be done at home using a straight razor or an electric shaver. However, it is important to note that shaving will only provide temporary results, and the hair will grow back within a few days.

Hair removal creams are another option for getting rid of a widow’s peak. These creams use chemicals to dissolve hair, resulting in temporary hair loss. However, it is important to note that these creams can cause skin irritation and should be used with caution.

Recommended Reading: How to Get Rid of Hair in Buttcrack? (Safest, Effective Ways)

Visiting a hairstylist is another option for getting rid of a widow’s peak. A hairstylist can use scissors or a straight razor to reshape the hairline and make it less noticeable. However, it is important to note that this option will only provide temporary results, and the hair will return to its original shape within a few weeks.

A widow’s peak is a distinct V-shaped point at the center of the forehead, just above the eyes. It is a common trait that is found in people of many different ethnicities and is often seen as attractive. However, some people may not like the appearance of their widow’s peak and may want to get rid of it. This blog post explored different ways to get rid of a widow’s peak, including laser hair removal, at-home waxing kits, hair transplants, and other options.

The best option for getting rid of a widow’s peak will depend on each individual’s preferences and needs. It is important to speak with a qualified professional before undergoing any procedure to ensure it is right for you. Additionally, it is important to remember that some of these options may only provide temporary results, and the hair may return to its original shape within a few weeks.

Finally, it is important to remember that there is no “right” way to get rid of a widow’s peak. Ultimately, it is a personal preference, and many celebrities, such as Vanessa Williams and Marilyn Monroe, has made incredibly attractive widow’s peaks look even more attractive with their hairstyles. 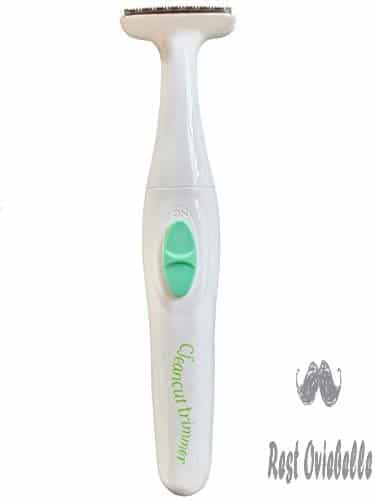