Some People think that a bald look will diminish your appearance, but this is not entirely true.

Having a 100% shaved head can even completely change your look for the better! Not only a bold gesture, but it also saves a lot of time when you need to get ready right away. In addition, bald men tend to look more confident once they take on their baldness.

This means that shaved heads can dominate the silver screen while appealing to an army of male and female fans!

We’ve compiled a list of twenty of the sexiest bald celebrities in the world who have rocked and rocked the red carpet, the silver screen, and also real-life amazingly.

These famous bald people have not only helped make baldness more acceptable and even more desirable, but they are also game-changers. Athletes, musicians, actors, and family men; keep reading to learn more.

20 Bald Celebrities Before and After Bald 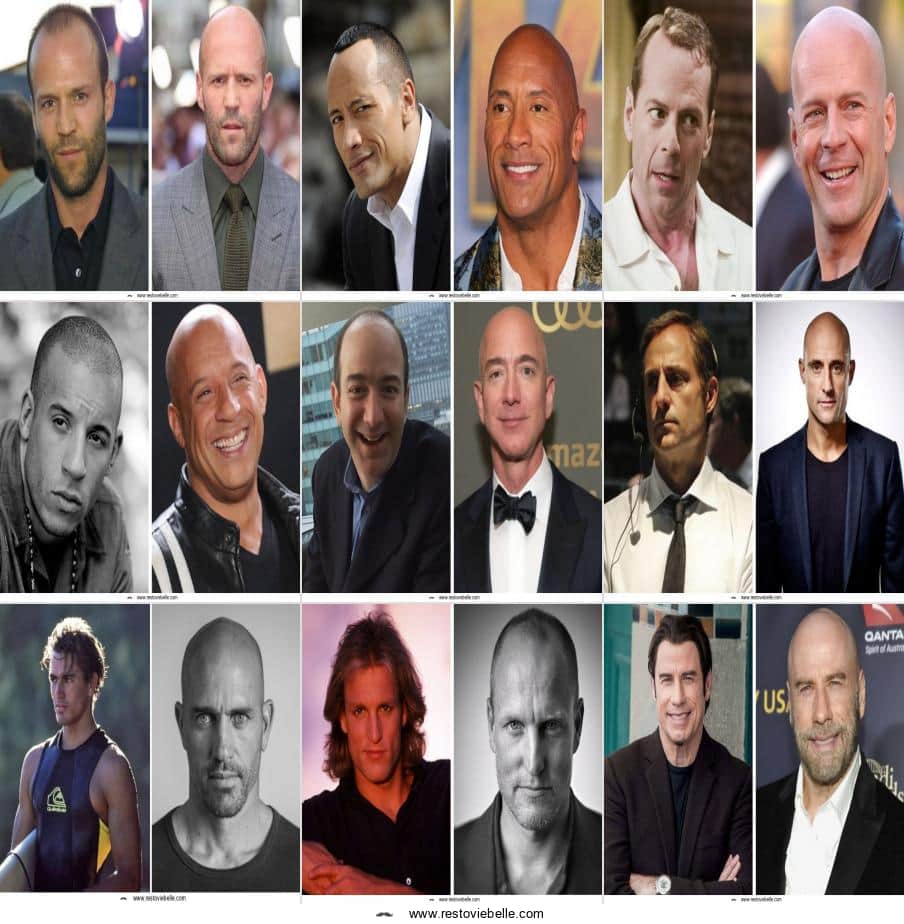 Below are 20 bald head celebrities who will remind you that being bald can look as good as ever.

Use these before and after bald shots as a bit of inspiration, and don’t forget always to embrace your baldness! 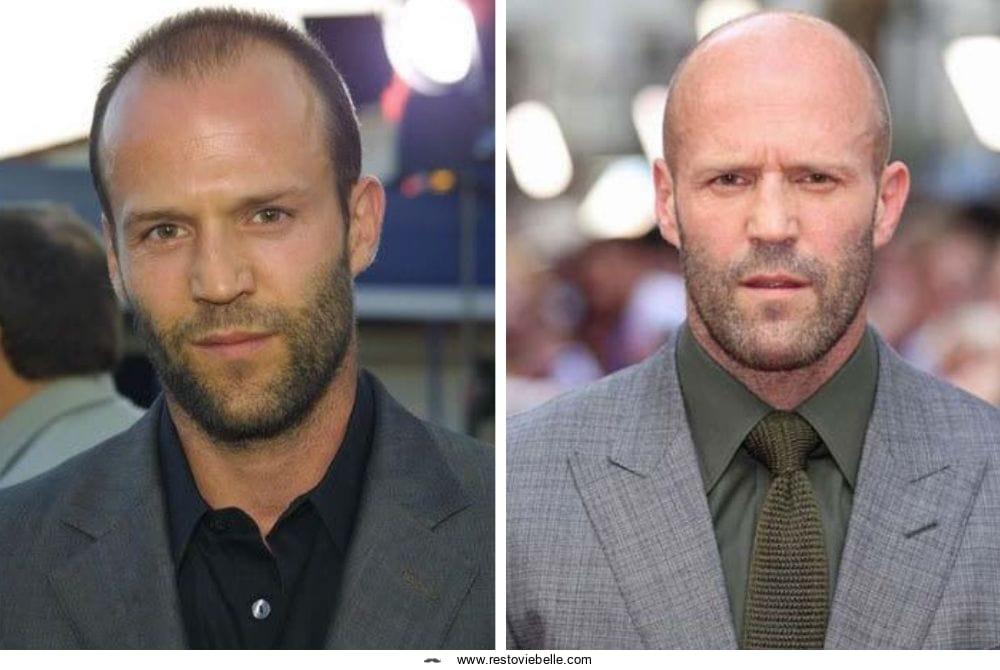 Jason Statham plays the on-screen anti-hero and is an action star, but there’s a lot more to him than meets the eye. He was born in Shirebrook, Derbyshire, England, in 1967, and you will probably know and love his cockney accent.

Despite being typecast, Statham is a successful actor who has done well over the years, with some of his more notable successes including Furious 7, Crank, and The Transporter. But you know what’s the sexiest of all? Loyalty! Statham has been with his partner Rosie Huntington-Whiteley since 2010. 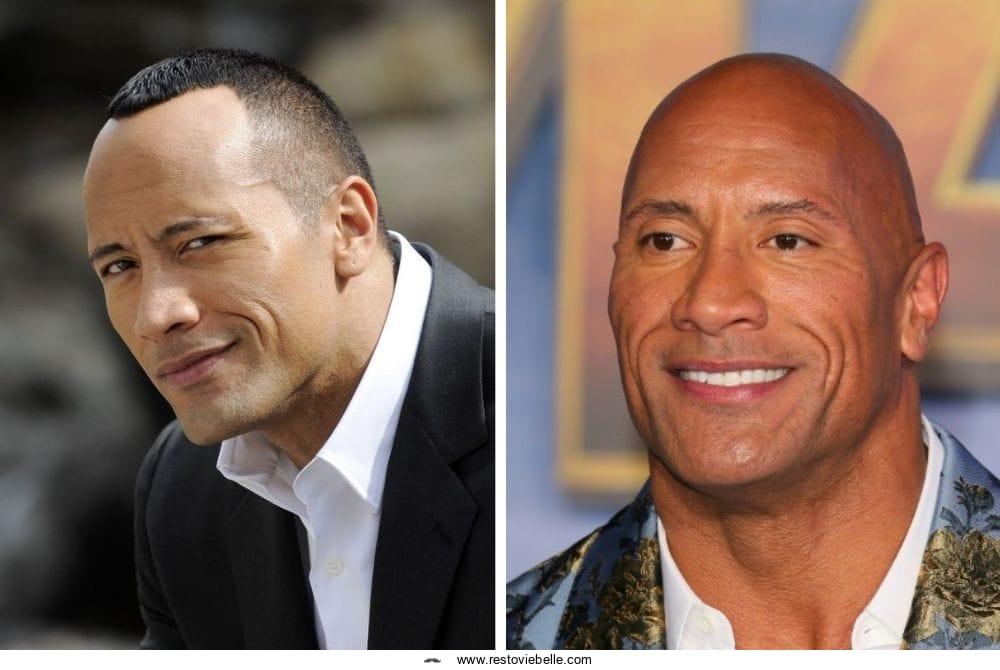 This Fast and Furious six actor is a former wrestler and producer. He is nicknamed ‘Rock,’ which also defines his attitude. He had suffered severe hair loss when he showed off various hairstyles, including spikes and others. However, when he lost his hair, he started showing off his bald look, and he hasn’t looked back since. 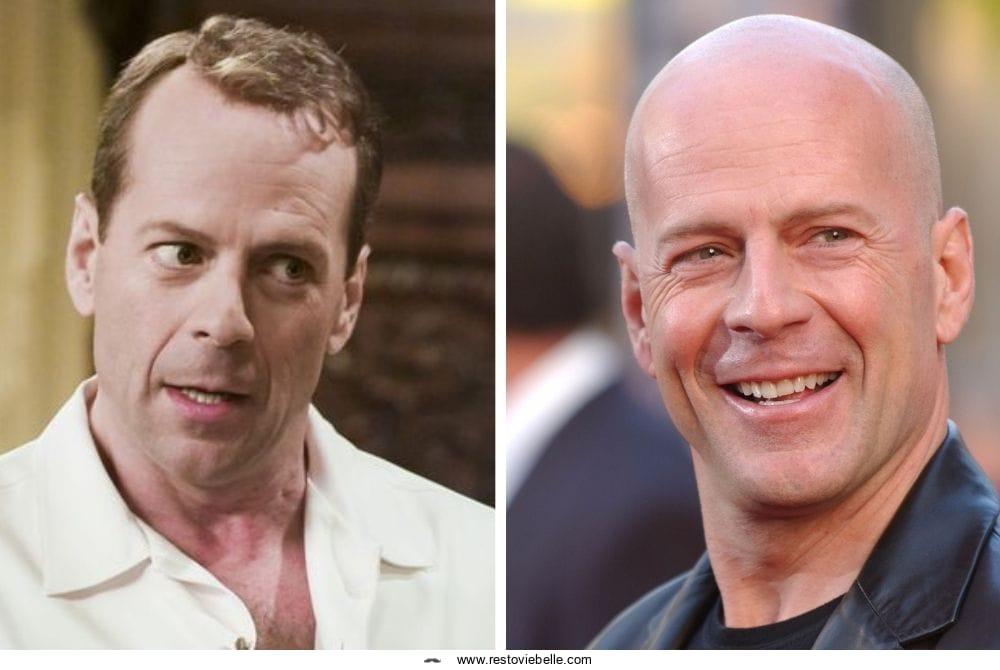 You didn’t think we’d be compiling this list without Bruce Willis, did you?

After all, this actor and musician have emerged as one of the most iconic leading men of an entire generation and someone who exudes charisma and presence in every single role.

After first making a name for himself as private detective David Addison in the popular television series Moonlighting, Willis earned his big break when he played the astute, witty cop John McClane in the monster hit Die Hard in 1988 and followed it up just two years later with a successful sequel. A man for spectacular action films.

In total, Willis’ films have also grossed more than $2.5 billion, placing him in the top ten stars when it comes to boxing office receipts. 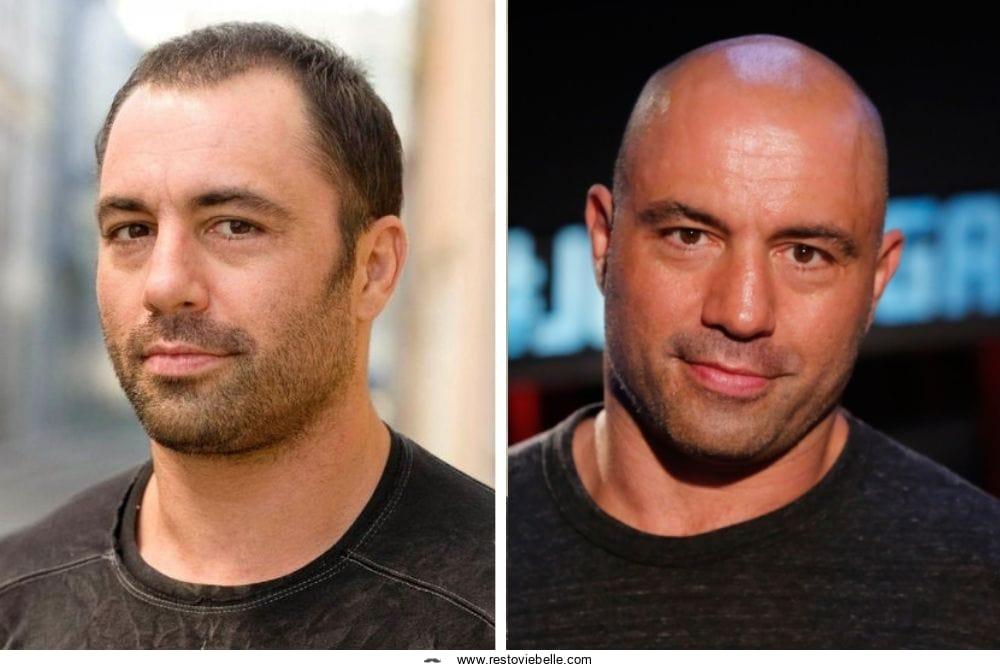 The king of podcasts has often talked about his journey to hair loss.

Joe has admitted to trying many different hair loss treatments and chemicals that claimed to work but said taking the plunge was the best thing he ever did.

It’s strange to see him with her, as we all know him as a bald icon.

5. Vin Diesel Before and After Bald 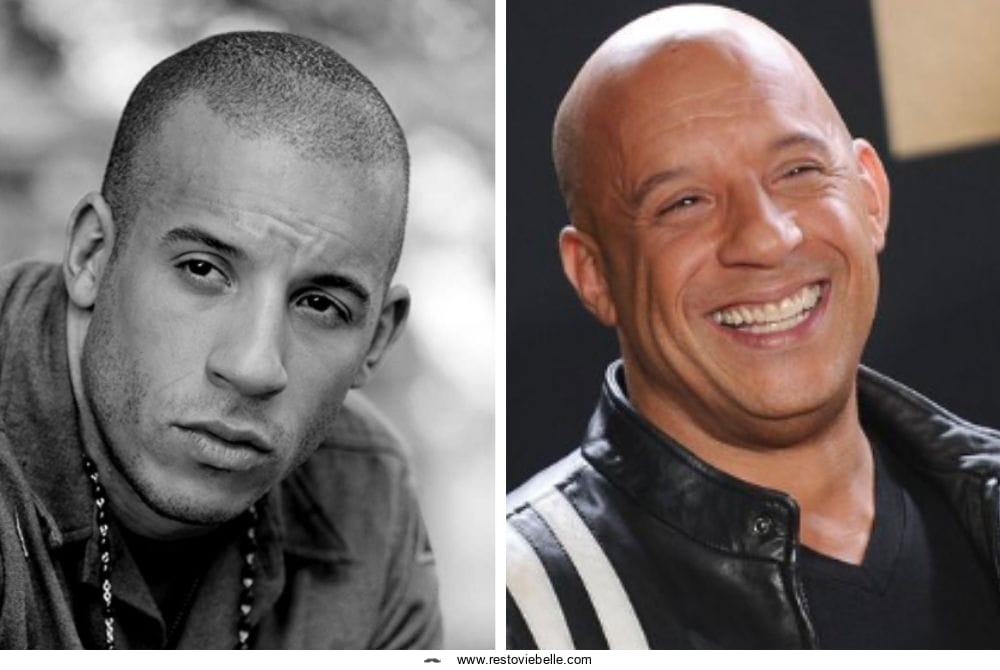 I don’t think I’ve ever seen a movie where Vin Diesel has hair, but apparently, he used to comb his hair back in the day!

Action stars and a bald head seem to go well together, and Vin is another example of that. 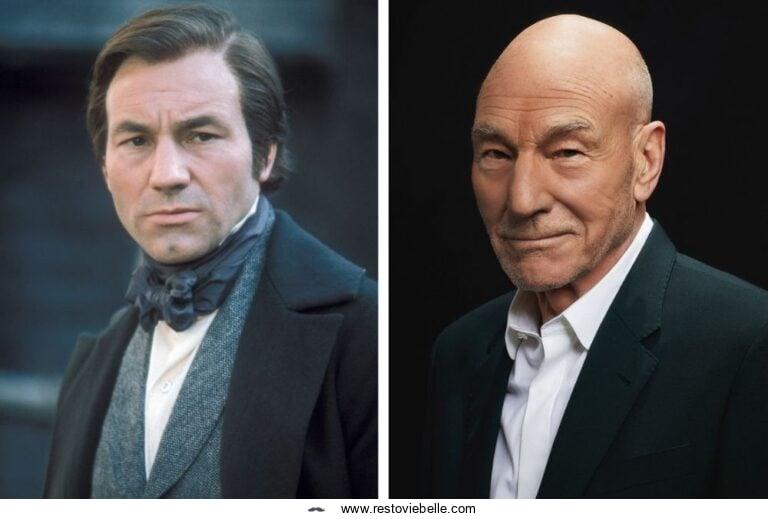 A star of both the stage and screen, Patrick Stewart has wowed international audiences since his professional acting debut in 1959.

Patrick Stewart is the shining light that carries the bald flag for every man who suffers head loss among the older generation.

He lost most of his hair at a very young age and has said in interviews that he had to wear a wig when he first started acting.

Thank God he got rid of that! 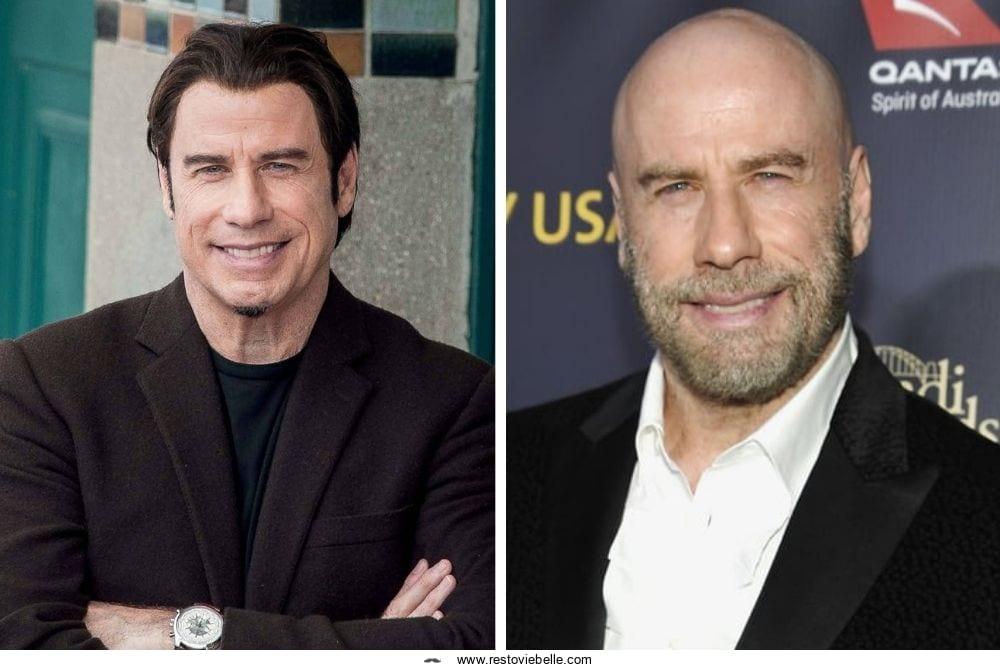 John Travolta made headlines early in 2010 when he unveiled a brand new bald head to the world to wish everyone a Happy New Year via Instagram. Many who welcomed the new look praised the Grease star, who usually boasted of luscious hair. We love how John combines his bald head with a short to medium-length full beard, but we also love this goatee look (top left) he had for a movie in 2010. 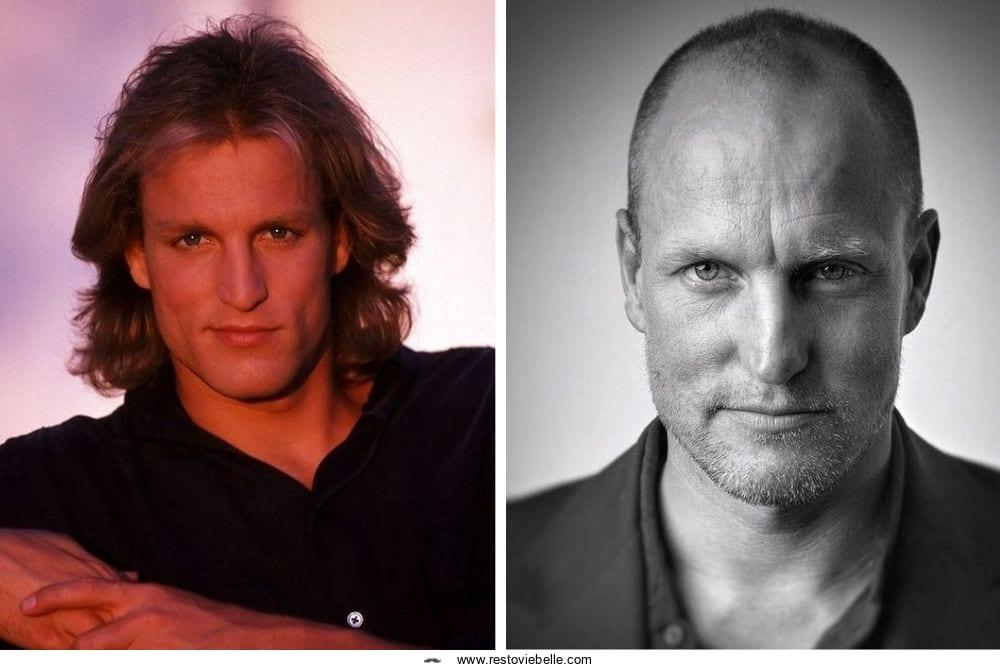 Woody started his career in 1985 with a TV sitcom. He is an actor by profession. Woody is loved by his fans for his straight ear-length style. He has also experimented with different wigs. Later on, he appeared bald in many of his shows, which made him stand out. This look is even more loved by his fans. 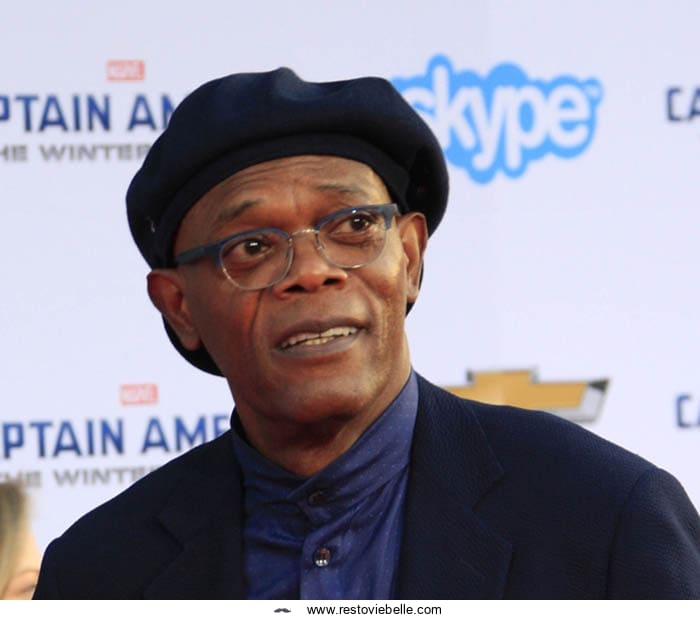 If there’s one actor on this list who can be described as prolific, it’s the brilliant Samuel L. Jackson.

While he first rose to prominence in the late 1980s after appearing in three Spike Lee films, Jackson gained the first acclaim for his roles in Patriot Games (1992 ) and True Romance (1993).

Then followed a string of iconic collaborations with director Quentin Tarantino, including the Pulp mentioned above Fiction, Jackie Brown, and the award-winning Django Unchained in 2012.

Known for his ability to re-enact action roles and strong and enigmatic characters, Jackson remains one of the most sought-after performers in Hollywood.

He has also recently started working as a producer and will be,probaprobably remain in the industry case, a visible future. 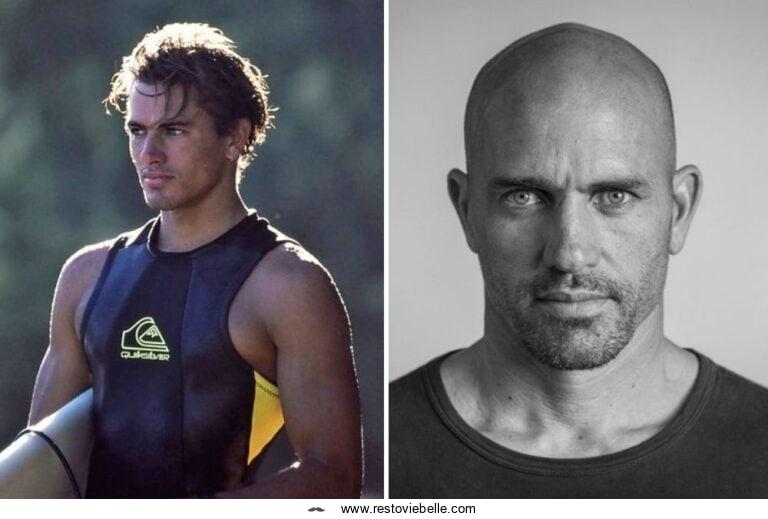 The world’s most famous surfer has been into the bald look for quite some time now, and it suits him.

Besides looking better, it’s much more practical for someone who spends their career in the sun and ocean! 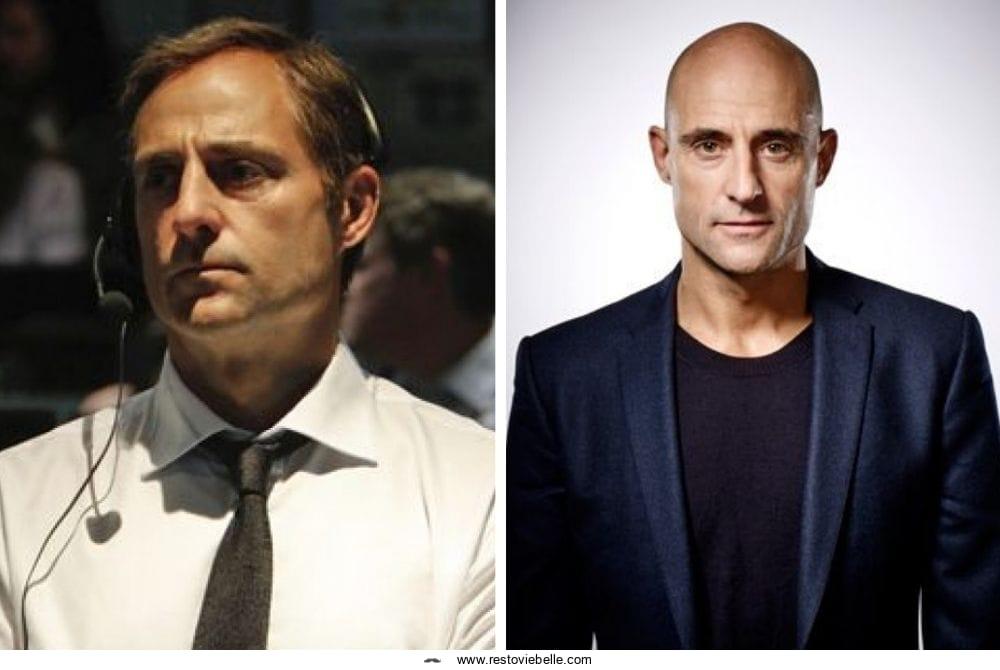 If you like handsome British men, then Mark Strong is the man for you. Born on August 5, 1963, he was raised in London by his Austrian mother. The English actor has had a long and successful career with some of his most notable works, including Kingsman: The Secret Service, Tinker Tailor Soldier Spy, and Cruella. But before taking the stage, he was interested in becoming a lawyer and even studying constitutional law at the University of Munich. Yes, he is sexy and intelligent. He is also happily married and the father of two children. 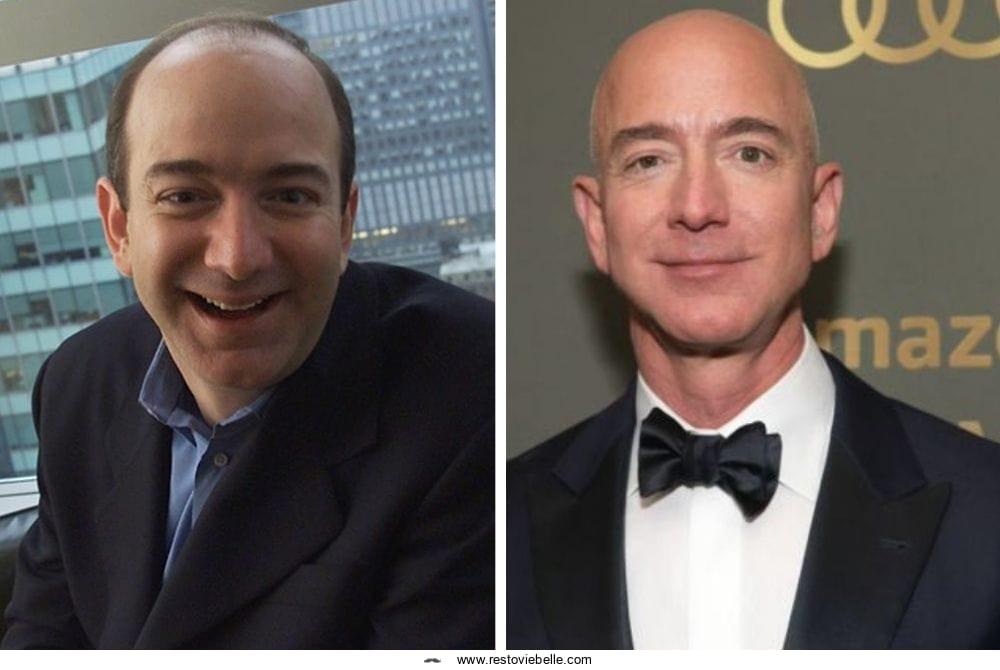 If you are worth over $200 million and are bald, surely that should be proof enough that there is NO cure for hair loss?

As we always say, if you’re bald, shave it off!

Bezos looks younger and quite challenging as a bald man, especially comparing his bald look to his previous one. 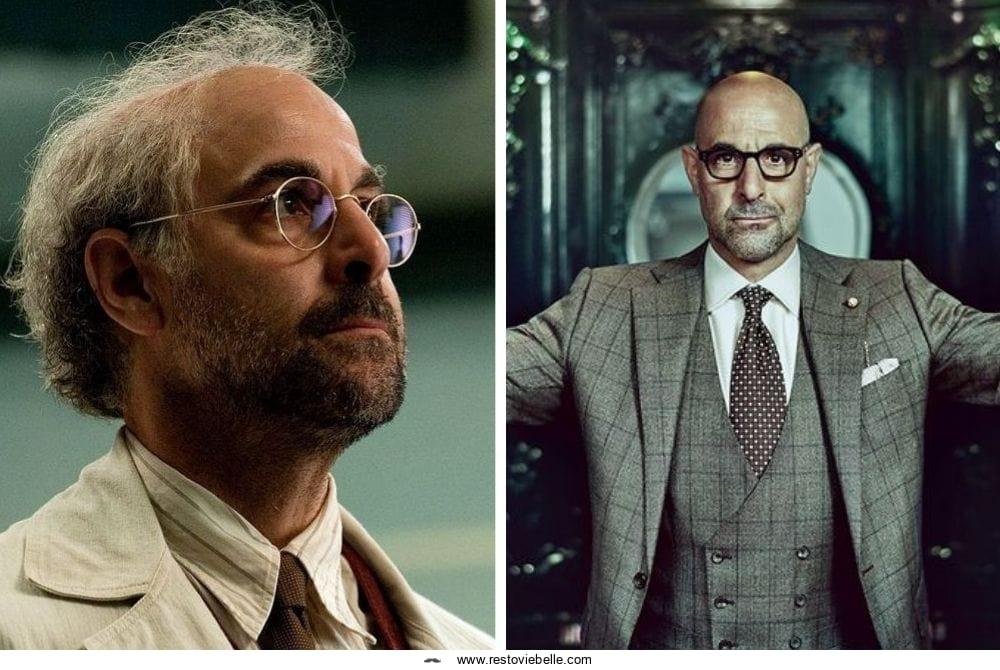 Stanley Tucci, the king of stubble himself, dons many unique looks, and his ability to make stubble look sexy should give us all hope. He was voted the most stylish bald man, and his style certainly doesn’t stop with his clothes. Seriously overlooked, the stubble look is excellent for men who aren’t sure of a full beard yet and want to test the water. 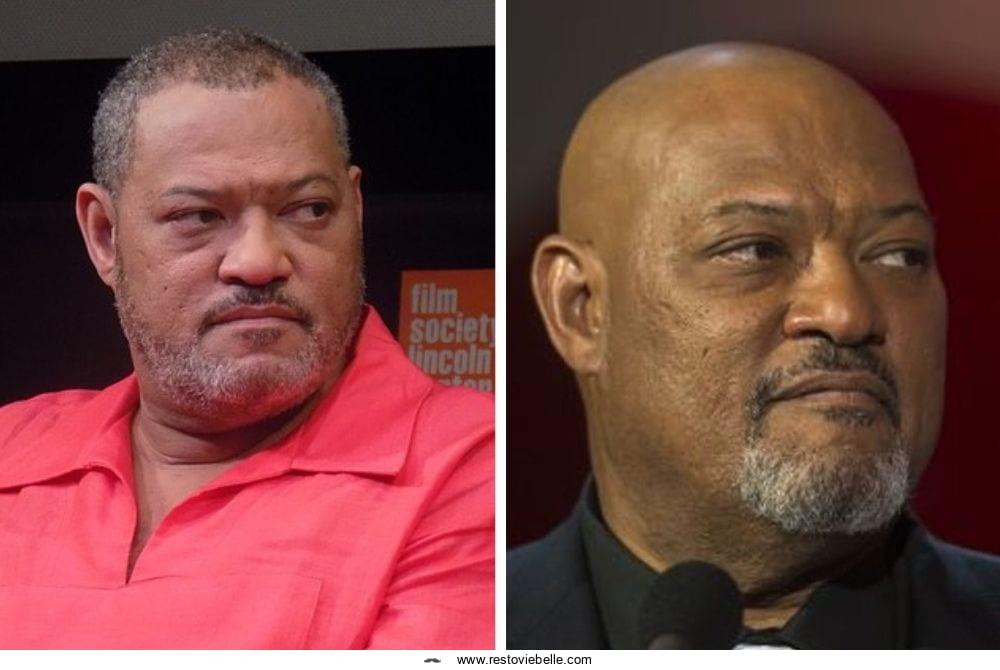 We all know him from The Matrix, and there he was already with his bald look.

But he, like all of us, was an honest man at one point.

D sure looks the best now! 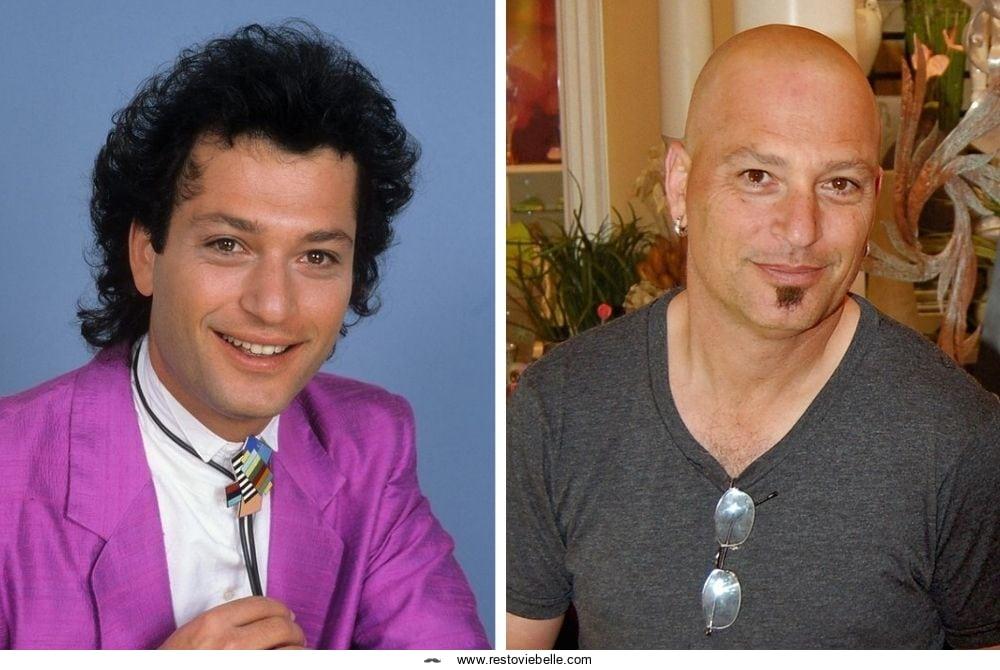 He is a Canadian stand-up comedian, television host, and actor. He carries his bald look very well. He has combined his haircut with a stylish beard. Before Howie’s bald look, he was seen showing off his funny and curly long hair. But do you agree that the hairless head makes him look younger? We do! 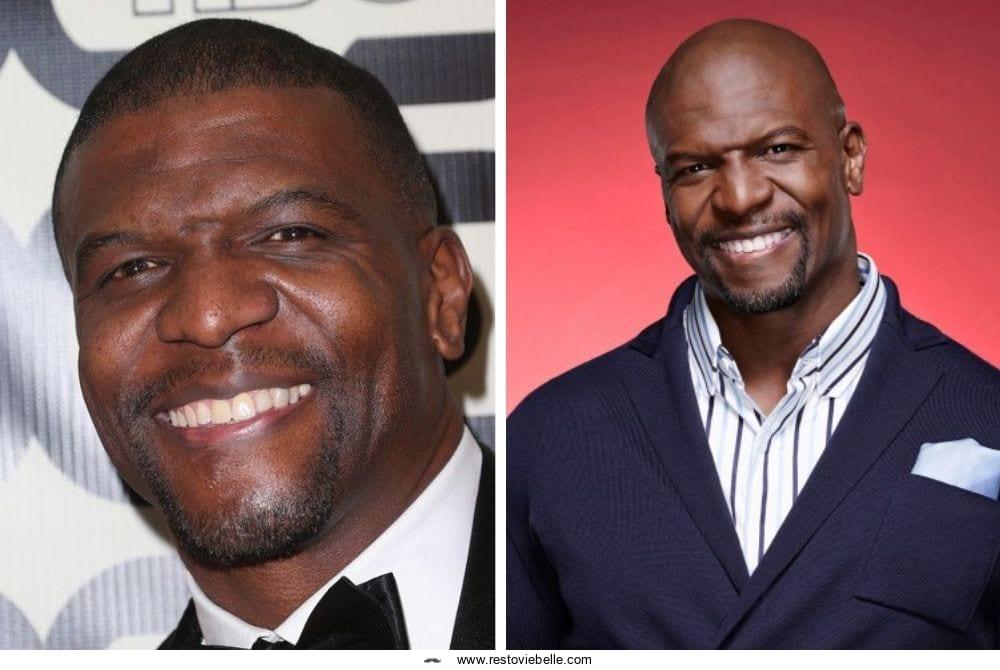 Terry Crews made an almost seamless transition from sports to acting, having initially created a name for himself playing 32 NFL games for five different teams between 1991 and 1996. as an illustrator), he has received massive acclaim as an actor while remaining best known for playing Julius Rock on the UPN/CW sitcom Everybody Hates Chris and for his current role as Sergeant Terry Jeffords in the police sitcom Brooklyn Nine-Nine.

His filmography also includes hit comedies such as The Longest Yard and White Chicks.

Crews is also a successful voice actor, with roles in hits such as American Dad and Cloudy with a Chance of Meatballs 2. 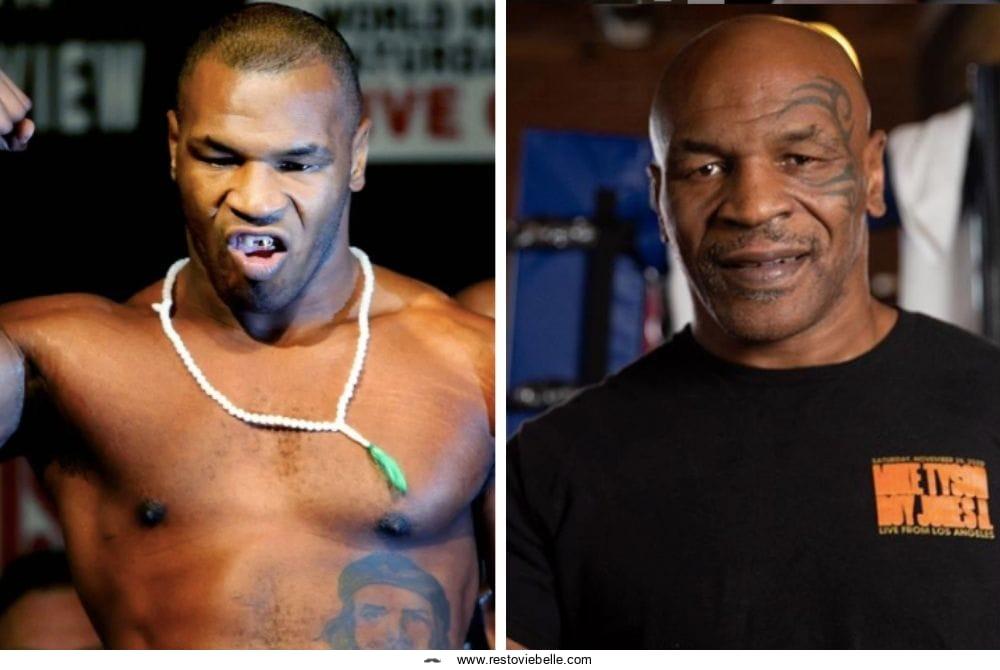 The baddest man in the world also has a bit of experience with hair loss!

Mike can rock any haircut he wants, and no one would dare say anything.

Although he looks best with a fully shaved head! 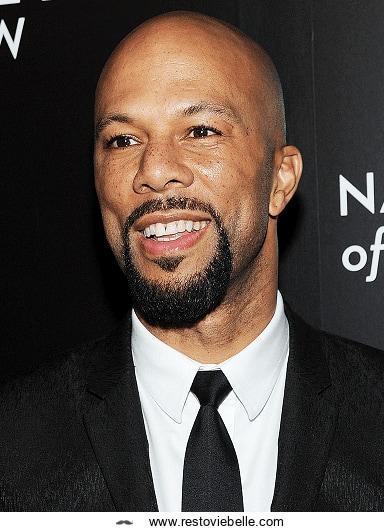 Common is an American actor, hip-hop singer, producer, and director. He started his career in 1994. He thinks baldness is overrated. He has been seen with different types of hair such as corn rows, undercuts, etc. He faced baldness at 44 age, but since then, he has worn it confidently. 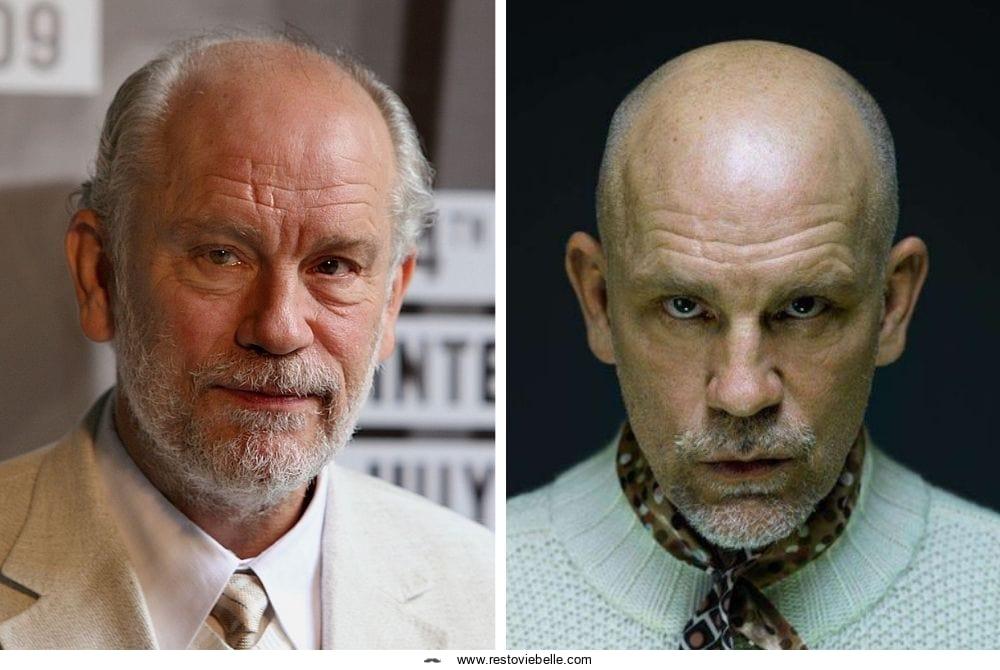 John Malkovich is an actor, director, producer, and fashion designer who has appeared in more than 70 movies. He can usually be seen with long hair in his films which complemented his roles perfectly. He later transformed and wore his bald look with poise. Thus, he is one of the most confident celebrities to wear a hairless face. 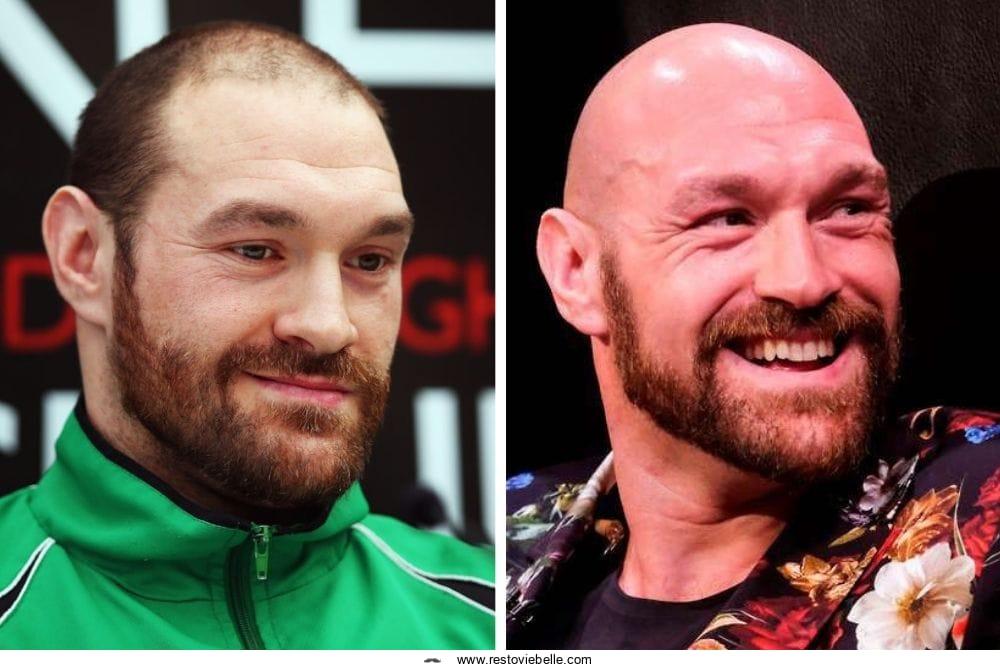 The boxing legend only started 100% shaving his head quite recently.

Until then, he wasn’t afraid to show off his balding head.
He looks ten times better than ever! And if he grows a beard, his appearance is even more balanced.

This shows how bald men have become increasingly dominant on stage and on the big screen. Their presence, eye-catching appearance, and cult following put them in an ideal position to star in prominent men in the modern era.

With these selections, we believe that we have selected the best bald celebrities and bald actors of all time and those who have had the most significant impact on the industry as a whole.